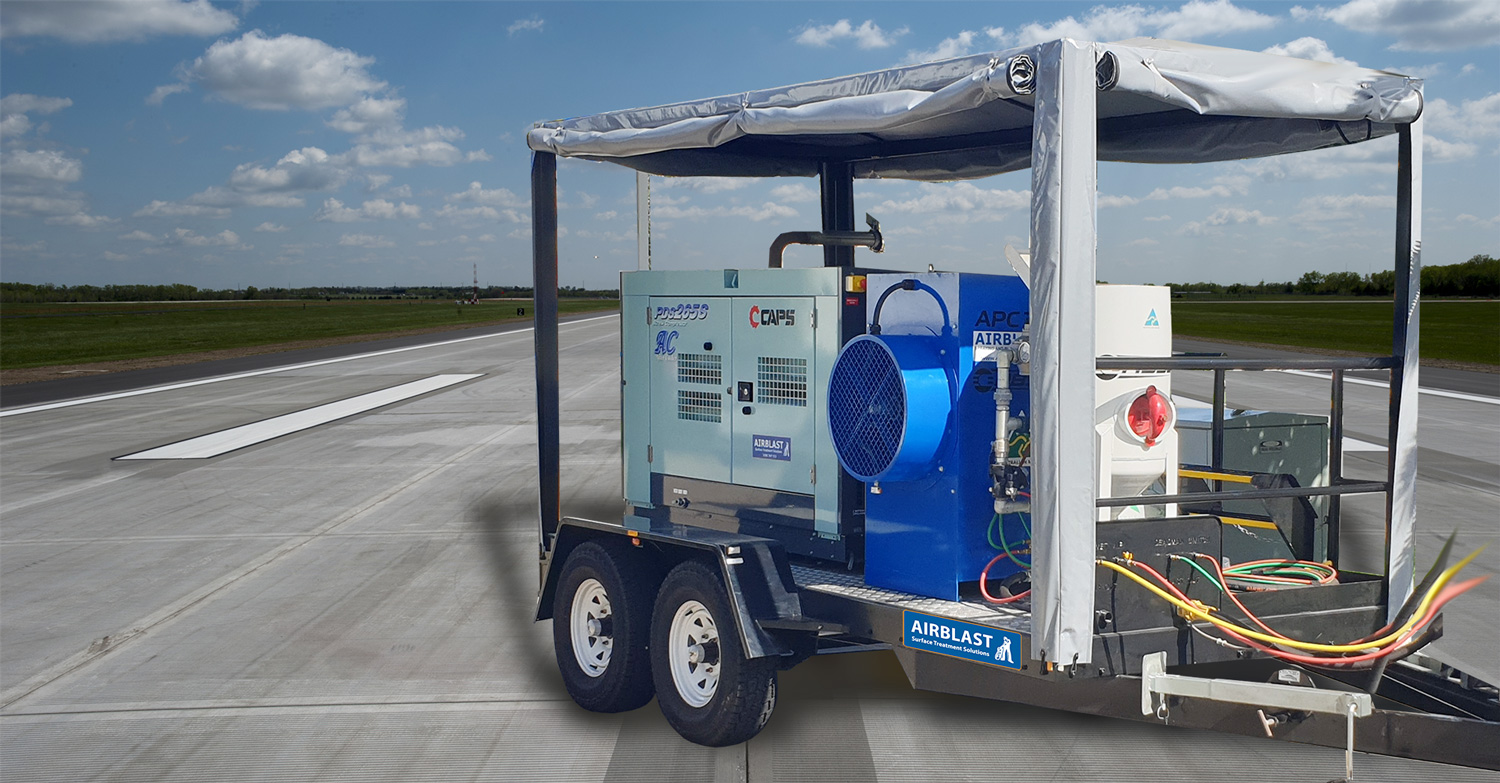 Available for the most sensitive applications, Airblast Australia has designed and built a complete trailer-based solution for Sodium BiCarbonate blasting..

A soda blaster is very similar to a sandblaster — they both works in conjunction with an air compressor to clean dirt, grime, paint or rust from surfaces but instead of using sand which can be very abrasive , a soda blaster shoots high pressure sodium bicarbonate, which is commonly known as baking soda.

The advantage of using baking soda, as opposed to traditional abrasive material like sand, garnet, steel grit, and steel shot or any other abrasive, is that it’s environmentally safe, less aggressive, relatively affordable and easily rinsed away with water. In fact, the first large-scale industrial use of soda blasting occurred during the 1986 centennial restoration of the Statue of Liberty. It was the only safe and effective way to remove coal tar, paint, and corrosion from the statue’s soft copper skin.

Today soda blasters are often used to remove rust from metal, strip paint from wood doors and moldings, clean graffiti from masonry surfaces, blast hard-water deposits from ceramic tile, and power-strip industrial machinery. I recently used one to blast four coats of paint off a sheet of diamond-plate steel. It took less than 2 minutes to clean a 1-square-foot area down to bare steel.

Airblast Australia has designed, developed and engineered the ultimate trailer-based solution for bicarb soda blasting.
The brief was simple – but it required Airblast Australia to produce a challenging solution that has never been manufactured in Australia. Our scope was to build a mobile, semi-automated blast cleaning process using Sodium Bicarbonate as the medium by which cleaning of light lenses is achieved. This was all to be done from the comfort of an air-conditioned truck and in any weather.
The result is a trailer-mounted bicarb soda blaster that is intended to be used at major airports cleaning fragile glass light covers on runways. 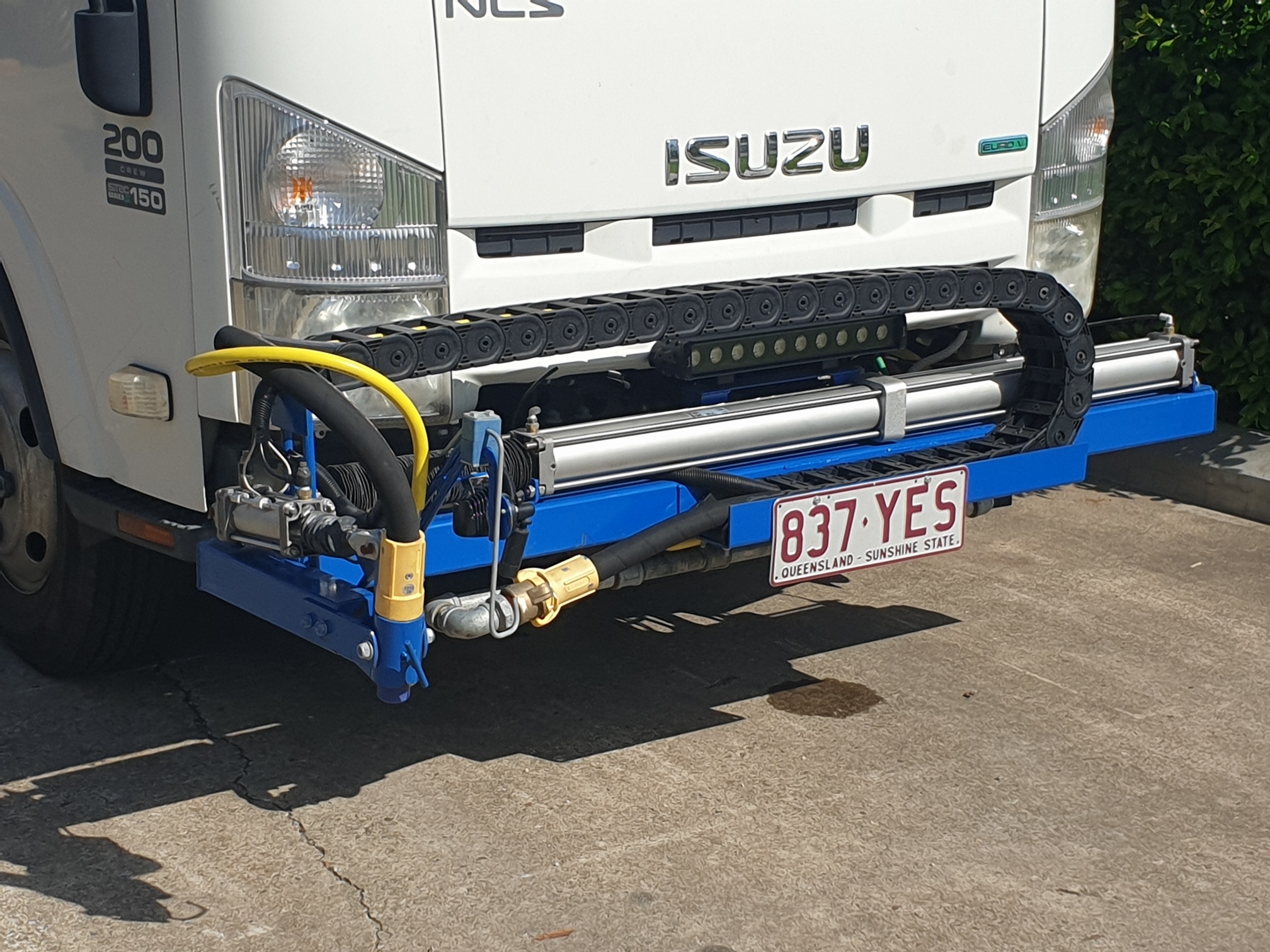 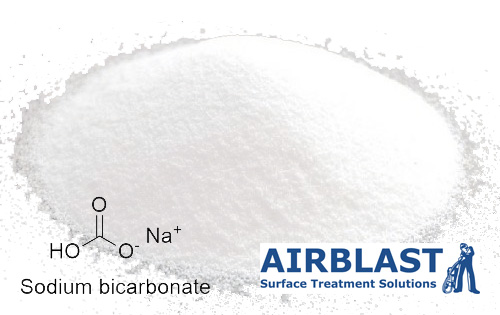 What is BiCarb Soda Blasting?

Sodablasting is a mild form of abrasive blasting in which sodium bicarbonate particles are blasted against a surface using compressed air. It has a much milder abrasive effect than sandblasting.

A sodablaster is a self-contained system that includes a blast generator, high pressure compressed air, moisture decontamination system, blast hose, and a blast nozzle. The blasting material consists of formulated sodium bicarbonate (also known as baking soda). Blasting soda is an extremely friable material that undergoes micro fragmentation on impact, literally exploding away surface materials without damage to the substrate. Since sodium bicarbonate is much softer than the silicon carbide or aluminium oxide used in sandblasting, the blast nozzle used for sodablasting applications can be made of soft metals such as brass or steel.

Lower Pressure
The pressures used are very low compared to those used in sandblasting, e.g. 20psi as opposed to 120psi.

Benefits
– It is non-flammable.
– Powder dust is not as explosive.
– It has a melting point of 500
– NaHCO3 is a white crystalline solid which is odourless.
– It is basic in nature